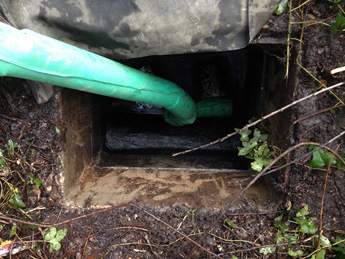 We Are Relining Specialists!

Drain relining is a fantastic way of basically installing a new pipe inside the old. Reasons for relining include cracked or displaced drains. A liner will replace the pipe without the need for digging the original out.

The liner is a felt sleeve that we impregnate with a resin formula. Once installed in the pipe, we inflate the liner by using an air inversion. This will hold the liner tight within the drain and will mould to the sides of the original pipe whilst the resin sets the liner in place.

Tree roots are also a major concern and a liner will prevent the roots re-growth.

All Drainline relining works hold at least a 10 year guarantee.

Tree roots can cause the worst type of damage to drains. However, just because the roots have made their way into the pipe does not mean the drain has to be dug out to solve the problem.

Drainline have the latest root removal equipment known as “Cutters”. Our Cutters are fixed onto the jetting units and will remove most root damage.

Pitch-fibre drainage systems have been causing severe problems for the home owner for many years now. The pipe work can deteriorate through being poorly laid, age, weakening weight stress, and chemical erosion.  It is common for pitch fibre pipes to blister on the inside or even start to loose its shape and appear squashed, causing blockages.

Previously, the only option available for remedial action was open excavation, which is both costly and time consuming. However, recent advancements now mean that deformed or de-laminated pitched fibre can be repaired by re-forming the pipe and then installing a liner.

A lead bullet is winched through the damaged drain and this re-opens the pipe allowing a liner to be pulled through.  Once the liner has set, the drain is left in perfect working order.

“We Guarantee to Beat any Relining Quotation!!”